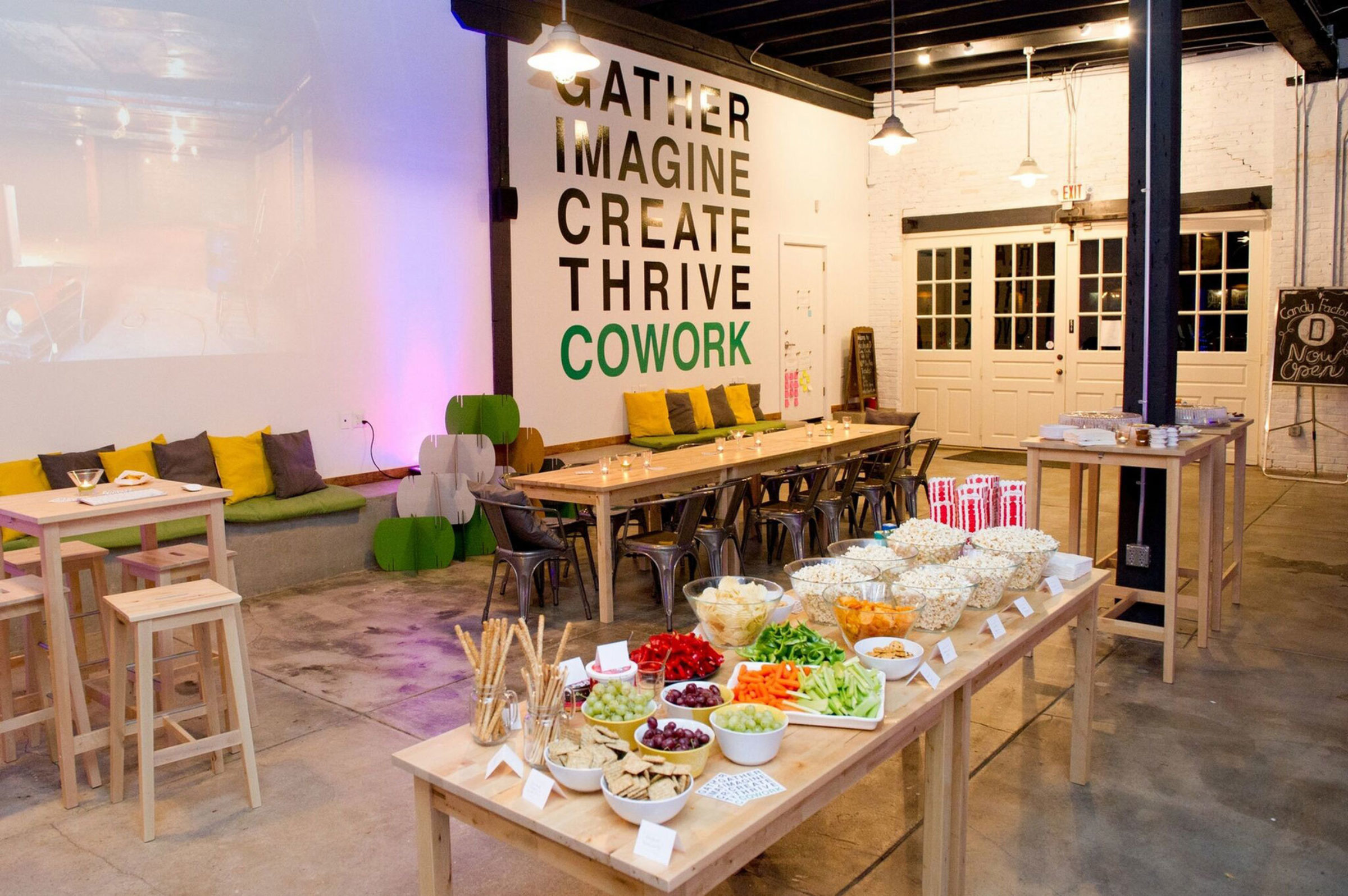 Far from the pits of chain coffee shops and poor signal wi-fi, The Candy Factory is a co-working safe haven for creatives.

Based in Lancaster, Pennsylvania, its contemporary surroundings house a continuously expanding network of members, boasting several conference rooms, meeting areas, over 30 desks and an entire building of like minded productivity-seekers.

More than just four walls that make an office space, this is a community of driven, imaginative individuals, nurtured by an environment that inspires others to inspire themselves.

We sat down with Community Facilitator Emily Truman from The Candy Factory to find out just how sweet this spot really is.

How did The Candy Factory begin? Where did the initial idea come from?

The Candy Factory was founded in 2004 by Anne Kirby, and was originally in an old candy factory right across the street from where we are now.  Anne had always worked from home as a designer. When she came to Lancaster, she realised a need for connecting with other people. There is so much isolation when working from home, and Anne really began to feel that. She began a couple of creative networking groups and eventually her innovative ideas formed today's co-working space.

How big is the space? How many people do you have working there?

Our current square footage is 6500sq feet. However, we are undergoing a huge construction project and expanding from two floors to six! We also opened a second location on the Rock Lititz Campus, called Rock Candy.

We have 179 members, but you can find anywhere from 20-50 people working within our space on any given day. Many of our members travel for work, but hold a full-time membership so they always have a 'home base'.

What kind of businesses do you tend to get at The Candy Factory?

We have a lot of marketing, advertising and design groups. It’s roughly a split of 60 per cent tech, developers, design, and marketing, and 40 per cent working in business services, including CPAs and attorneys.

Do you think that The Candy Factory attracts a certain kind of person?

When people come into the space and see the balance of bold and funky, innovative and welcoming, they know whether or not this is the space for them.  Honestly, 90 per cent of the people who take a tour with us end up signing up for a membership at some level. It's so nice to see new faces and get to know what other people in the area do for a living.

Do you get many collaborative ventures coming out of the space?

So many. There have been many collaborations between members, from hiring each other for projects, to the passing of work and skill sharing. We are a real family and community is at the core of all we do.

Have you had any notable projects or ventures coming out of the space?

The Candy Factory has incubated a lot of startups including GreenFish Labs, a renowned VR firm.

In terms of events, what do you get up to? Have you got anything planned for the near future?

We do movie nights once a month after hours; we eat together; we create art projects together; we go hiking and explore our community as often as possible. I may or may not have planned a pyjama party with a cereal bar, coffee and Kahlua for our members...