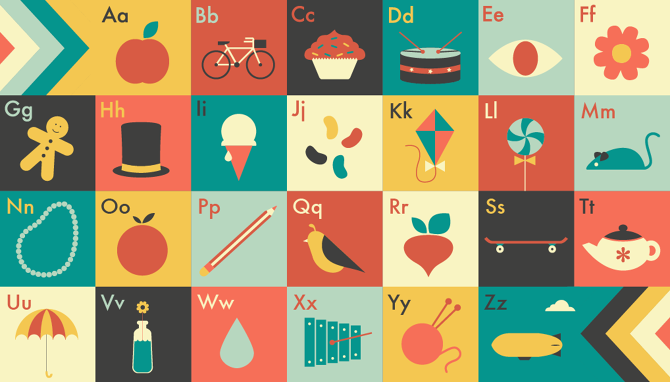 Art is something often linked to childhood and the pure freedom of creativity. These are elements that Long Beach based illustrator, Ariel Wilson captures with ease.

Constructing her pieces with bold pastel colours, Ariel’s work ranges from charmingly simplistic icons of city capitals, to the painting of incredibly detailed patterns. This memorable style comes to life at night, after returning home from brightening up the world of at-risk youth in a residential LA treatment centre.

Ariel spent some time talking us through her creative inspirations and work teaching art.

What's your earliest memory of painting? When did you realise that art was something you wanted to pursue?

My earliest art memory is painting with my older sister on a camping trip. My dad cut up two towels to make smocks for us and gave us both paint and paper. I started taking art classes with her when I was about four or five and never really looked back. Art has been a constant source of comfort in my life and I feel really lucky that it’s become a source of income too.

What was your biggest break, creatively?

Even though I’ve been painting and drawing from a young age, it took me a while to pin down what my style was. Like a lot of young artists, I knew what I liked and would emulate different artists and experiment a lot, but it felt a little scattered.

My biggest break was being able to look at my work from the outside, see what the common threads were, and then really hone in on those things and push them further. I still have to work in different styles and modes for my freelance work, but in my personal work, I think there’s a distinct signature that people tend to pick up on, usually through use of colour.

Where do you think that you're at your creative peak? Is there a certain environment that brings out the best in you?

I work really well at home, late at night. I envy artists that can draw in coffee shops or work with people around. I feed on alone time, working in silence during the planning stage, and then put on a lot of dumb TV in the background while I get into the work itself.

Is there anyone or anything in particular that you draw inspiration from? Who and what has influenced your style and your work?

Thematically, I draw a lot from literature, folklore and storytelling in general. I like to have mini-backstories and narratives in paintings even though the story in its entirety lives in my head. My final product might be akin to a snapshot or a scene from a story in my head, rather than an illustration of the whole story.  Visually I’m influenced by an artist’s colour palette more often than content. I’ve loved Mary Blair for as long as I can remember, and also Gauguin, Josef Frank, Otomi embroidery, and Amate paintings.

What’s the piece of work that you’re most proud of?

I’m really proud of all the work I’ve done at Oak Grove Centre. Oak Grove is a non-profit residential treatment centre that serves at risk youth aged 9-18. I’ve had ongoing projects there in an attempt to make their temporary home feel exciting, instead of institutional. I’ve done a lot of murals on campus, designed a library/art room that I teach in every week, and designed prints for their walls and more.

Tell us all about your work teaching art.

I teach art at Oak Grove on Mondays and Tuesdays. Right now the kids are working on designing skateboard graphics, but we’ve worked on jewellery design, printmaking, and repeat patterns. I tend to do projects with them that mirror whatever client work I have at the time, so that they can see a real-life application. We focus less on traditional fine arts and more on commercial work. I want them to see that you can have a career in art without being a 'starving artist' and there are tons of real-world jobs that involve creativity.

Have you got a favourite project that you've worked on?

Last year I worked on a stop motion video with the kids at Oak Grove. I had a lot of fun with that because it was a departure from anything I normally do, and getting kids excited about art is really rewarding. I thought the idea of super heroes living in a group-home was hilarious, because most superheroes grapple with issues that our kids at Oak Grove can relate to: for instance, the Hulk has anger-management issues, and Batman struggles with social skills. The kids wrote mini-stories centred around the idea that the heroes were working on overcoming their issues. Aside from brainstorming the stories, they worked on making sets using clay, legos, and cardboard. They helped with the animations, editing, and did all the voice-overs themselves.

What do you think is the biggest challenge working as an independent illustrator?

When I first started out, I thought that the hardest part of working independently would be finding work consistently, but to my surprise the hardest part has been maintaining a schedule. It’s easy for me to get so wrapped up in what I’m doing that I neglect other areas of my life. It’s important to have a balance and set aside time where I am really 'off the clock', away from the computer and away from my phone. Camping is a good wifi-free escape.

Do you have any upcoming projects you can tell us about?

Aside from freelance stuff, I’m working on some pieces for a solo show I want to put on in Long Beach. I’m trying to set aside money to print a book I made, I’m in early planning stages for two large scale murals, and am also working on some repeat patterns and prints.

What's the best bit of advice you've ever received?

When I was 17, my friend’s dad told me that his happiness was a result of knowing when to say “f**k it”. That kind of stuck with me and I return to the sentiment whenever I’m over thinking things or torturing myself about making a decision. It might not sound profound, but if you’re a control freak, it’s pretty revolutionary.