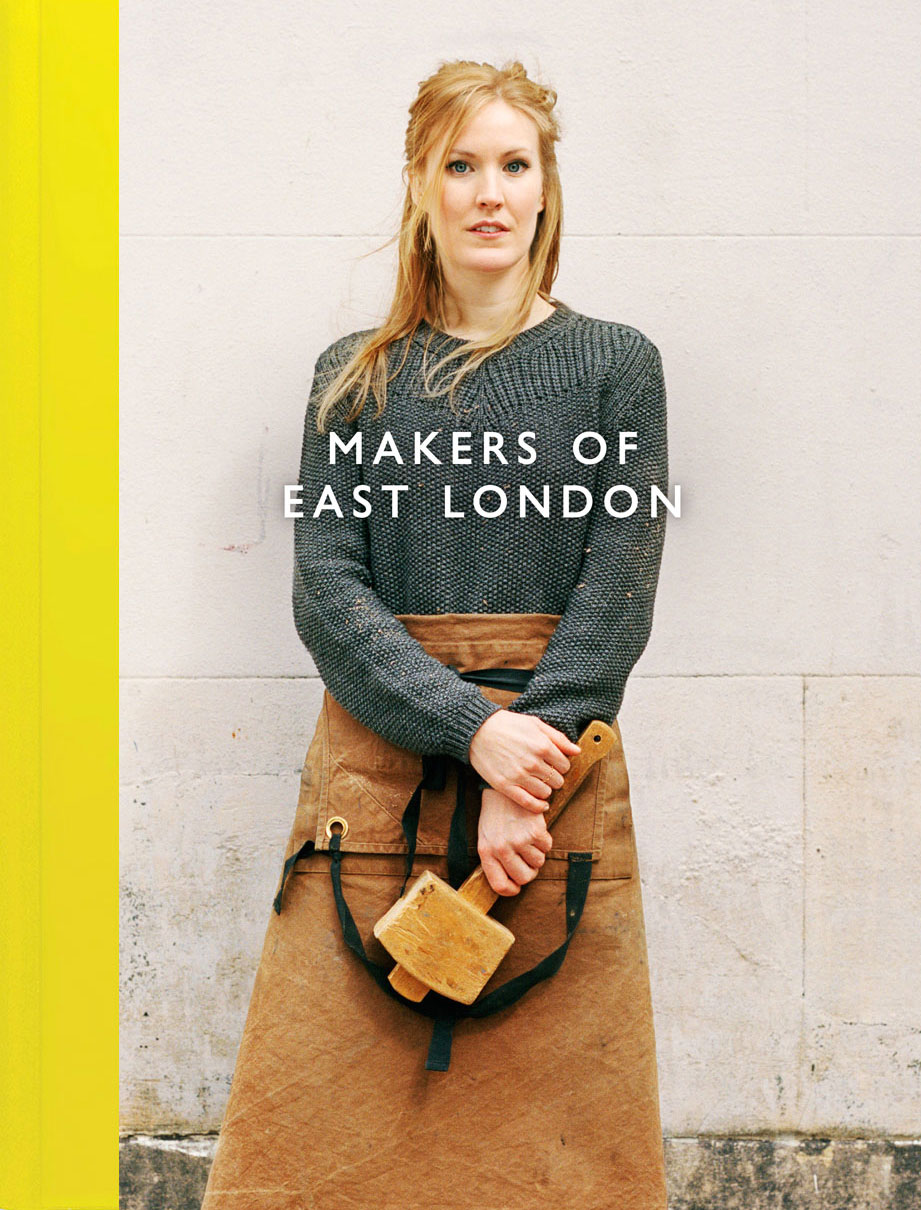 Makers of East London, published today by Hoxton Mini Press, is a beautiful new book that explores the area’s rich creative heritage and celebrates the latest generation of makers and their work. We spoke to Katie Treggiden, the book’s author about the subject matter and creation of the book.

There’s such a rich portfolio of makers and creators covered here from all over East London and you had ‘backstage access’ to all their studios. What struck you about these makers and their practice? Was there a shared ethos that you discovered in their approach to their work?

There’s a huge diversity of makers in the book, so there wasn’t so much a shared ethos in approach as a shared passion. All the makers I spoke to believed wholeheartedly in what they were doing. It was far more than a job — for them, making is a calling, a vocation, a contribution. That was really inspiring.

One maker mentioned that, “the process is as important as the finished product.” There seems to be a resurgence of interest from the consumer through to independent magazines that demonstrates a desire for handmade craftsmanship. What in your opinion do you think is driving this, or has it always been there and is just reflected more now by writers?

The increasing interest in seeing the process behind the products is very much tied in to the resurgence of craft. People want to know where the things they buy come from, how they’re made, who made them, and why. These are the things that differentiate craft from mass production. It’s partly about wanting reassurance that the products aren’t made in a way that harms people or the environment, but more than that, it’s about wanting to surround ourselves with authentic objects that tell a story.

As a writer who reflects the world of design, how much do you resonate with the William Morris quote, “having nothing in your house that you do not know to be useful, or believe to be beautiful”?

Very much — in fact, I would go even further and suggest that the things in my house need to be both useful and beautiful. I believe in the modernist ideal that form follows function and think that the beauty of many objects comes from how well they’ve been designed to do a specific job.

When independent artists and makers move into a new area, money and then estate agents follow, and then rents force the arm of the practitioner to move. We see this happening rapidly in East London; where do you see are the next outposts for makers when East London is no longer feasible?

I think East London will always be home to makers and creatives — evolving technologies, shared workspaces, design collectives, and live-work studios are all ways that creatives are adapting to change in the capital. That said, I don’t think London has the monopoly on creativity — there’s really exciting work happening in Cornwall, Scotland, the North of England, rural Ireland… Britain is full of creative people doing what they love.

What will you take away most from writing this book?

The most joyful part for me was meeting so many passionate, inspiring, creative people. I could have talked to them forever and written a book about each of them. They all inspired me to keep following my dream, which is writing about people like them.

Makers Of East London is published by Hoxton Mini Press and written by Katie Treggiden, with photography by Charlotte Schreiber. It’s available to buy today for £30.