Stay at: The Hoxton, Shoreditch

Intrigued by its trendy-yet-informal interior, and its relaxed-yet- bustling public spaces, we were keen to find out more about The Hoxton, Shoreditch. We met with CEO Sharan Pasricha, who proudly describes the brand as being fiercely independent and fiercely local.

Step inside The Hoxton in London’s trendy district of Shoreditch, and instead of being greeted with a reception desk, staff looking formal — and perhaps even judgemental — as you struggle in with your suitcase, hair windswept and untamed, you instead step into a foyer that feels very communal and relaxed. The reception desk isn’t hidden away, but tucked neatly to the side, emphasising focus on the rest of the foyer, which is spacious and open-plan. Guests and visitors look relaxed as they have meetings across coffee tables, or sit on sofas with their laptops, heads down, and immersed in their work.

There is still a certain atmosphere of coming and going; after all, this is a hotel, transient by nature. But unlike other hotels, the foyer of The Hoxton has an atmosphere more akin to that of a café — albeit a somewhat luxurious café — and that’s certainly no bad thing. It’s clear that this is a hotel that opens its doors to local visitors, as well as guests from further afield, excluding no-one who might want to sit and spend a couple of hours working over a coffee or two, or find it a convenient and relaxed location to meet a client, or enjoy a catch-up with a friend. It’s this environment that Sharan Pasricha and staff at The Hoxton dub ‘the Hoxton Hustle’.

“There are people pitching for new business ideas, people recruit- ing, courting somebody on a date, meeting an old mate, and you’ve got the laptop guys powering away,” Sharan explains. “But it’s that mix of all those people that we love. It’s not just the hipsters with their crazy beards and tattoos. There are a lot of them hanging out with us as well, but it’s also the mums who bring in their daughters, and the young professionals. It’s the independent creatives, and the freelancers. They’re all part of the Hoxton Hustle.”

We move away from the bustle of the foyer to speak to Sharan in one of the hotel’s quiet, sun- drenched rooms. After asking him why he describes The Hoxton as an ‘anti-hotel’, it’s not long before the conversation turns to design: “Most hotels are cookie- cutter, with brand manuals that are 600 pages long that specify, ‘You have to have the purple light there, and the grey carpet there.’ That’s not us,” says Sharan. “I’m not saying we’re reinventing the hotel, because I don’t want to give us any more credit than we deserve, but we’re certainly trying to think about things very differently.”

Concerned that he and his team were spending a lot of time coming up with creative ideas, the team realised that they could save a lot of time by bringing the hotel’s interior and graphic design resource in- house, and time-saving wasn’t the only benefit of this arrangement: “We’ve historically worked with a lot of agencies that have helped us along our journey,” explains Sharan, “but one of the things that I get the most excited about is to bring that creativity in-house, and actually have somebody execute those ideas. What I’ve found is that the level of creativity within the team has doubled because you’ve got that in-house resource. All of a sudden, all our internal coms were that much slicker because we’ve got a developed graphics team who wanted to own the brand.”

However, in addition to the in-house creative team, Sharan is also quick to point out how important collaboration with local artists and designers is to The Hoxton. “We’re big on collaborations,” says Sharan, and it’s a statement that he can easily back up: “We often partner with local galleries and artists, give them gallery space, and they’re able to exhibit their work,” he tells us. “We’re collaborating with a local graffiti artist named Stika, who’s designing a bedroom. We’ve given him the entire bedroom to go wild with, and he’ll soon be designing our old common room.” In the newly-opened sibling hotel in Holborn, they worked with local artist Jessie James from Central Saint Martins and tasked her with doing the artwork in all of the hotel’s bedrooms. “In two months, Jessie and a group of friends from Central Saint Martins basically kitted out the whole hotel,” says Sharan, with obvious enthusiasm for the project. “Each bedroom has about six or seven different pieces of artwork in them. From sourcing the art frames, to installation, they took care of everything, which was absolutely amazing. The creative bit is what we love doing,” he adds, and this passion is certainly reflected throughout The Hoxton, and becomes increasingly evident as we talk further.

We’re firmly part of a neighbourhood and view ourselves as the local hotel.

Working with local designers and artists to design their bedrooms is certainly something that is not unfamiliar to the hotel; in fact they’ve experimented with this in the past. In the Shoreditch hotel, eight mock-up rooms were built, and eight different interior designers were brought on board to design them. Each designer was provided with a small budget and no constraints other than the boundaries of the rooms. “We gave the designers a brief and a budget, told them that they could do absolutely whatever they wanted, and they went away and designed the rooms.”

Interestingly, rather than the hotel deciding what they liked, they decided to take the approach of letting their guests decide what they preferred. “We got our guests to stay in the rooms and tell us what they liked, and what they disliked,” Sharan explains. “It was a really expensive exercise to build eight rooms where you’re just focusing on feedback, as opposed to revenue. But I think we learned a hell of a lot from it. For example, we had concrete floors in one of the bedrooms, which looked incredibly cool, but we got killed by our customers, who gave us some honest and brutal feedback, such as, ‘who wants a concrete floor when you walk out of bed?’ We also had some really fussy lights that were super retro, but not functional, and they broke after a couple of uses. So we had things that looked great, but weren’t functional or practical. It was these learnings that led into the ultimate roll-out.”

As Sharan continues, it becomes clear that — in addition to being led by creativity — being a ‘local’ hotel is of great importance to them. “We’re firmly part of a neighbourhood and view ourselves as the local hotel,” he says. With plans for hotels in Paris, Amsterdam, and New York City, there is great emphasis on keep- ing the hotels local even as they plan to expand. “To be relevant for a neighbourhood, and to be relevant as a business, you need to engage with the local community. So we provide a good place to hang out, with great food.”

Sharan explains that the group of hotels they’re planning to develop will be inspired by the building they’re in, or the neighbourhoods they are a part of. Collaboration, he says, is crucial to achieving this: “As we come into a new neighbourhood, you’ve got to under- stand who’s around you — the creatives that form part of that neighbourhood. I think that by collaborating with them, you almost bring the neighbourhood in.”

As such, each of their hotels will be unique.

When it comes to the interior design, The Hoxton opts to always work with a small firm who, perhaps surprisingly, have never done work for a hotel before. Sharan sheds light on this: “We’re less inspired by somebody who’s done a big hotel chain. Because of this, I think you always need to compensate that with a really strong architect who understands hotels. For example, in a bedroom there are a lot of functional elements that you don’t want to get wrong, such as switching matrices, the way lights should work, and the way the flooring should work. You need to ensure all of those things work well. But working with an interior designer who hasn’t done a bedroom before — yet who has done, for example, an amazing bar, pop-up gallery, or outdoor space — is interesting. You get fresh ideas thrown in.”

To be relevant for a neighbourhood, and to be relevant as a business, you need to engage with the local community.

In choosing to work with local interior designers for their refurbishments, The Hoxton have found it will always be the biggest project the designers have worked on. “That’s exciting for us,” says Sharan, “and we like giving them that break.” It’s this level of engagement with local artists and designers that helps The Hoxton truly live up to its name of being a neighbourhood hotel. To further engage with local communities, the brand also runs an initiative called Hoxtown, which runs various events throughout the year. According to Sharan, the events are very popular; so much so that they have a dedicated team whose job it is to run them. “We don’t make any money on the events, although sometimes we have to charge for them because they cost a lot for somebody to run. The events cut across food, fashion, music, art, kids, fitness, running clubs, business — all those sorts of things are kind of fun, and again are quite anti-hotel,” he says.

After speaking with Sharan, and experiencing the relaxed vibe of the hotel and the Hoxton Hustle for ourselves, we can’t help but agree with him that it really is an ‘anti-hotel’, shedding the notion of what a trendy hotel should be. The Hoxton values local visitors and people popping in for lunch or a quick drink just as much as international guests staying in a room for a couple of nights.

Whichever of these guests you happen to be, and whichever of The Hoxton hotels you might be staying in, your experience will be unique — and, importantly, local — whether that’s in Paris, Amsterdam, or New York City. The brand is also considering other select cities that they feel will be right for them, such as Copenhagen and Barcelona.

But we don’t think they’ll be taking over the world as a big hotel chain any time soon, as Sharan explains: “We’re never going to build 50 of our hotels, purely because we haven’t got a brand manual. Fortunately or unfortunately, I like to go into detail and get involved with things like the light fittings, the coloured fabrics, and the flooring, which doesn’t allow you to bash out hotels as quickly as some of the other brands.” 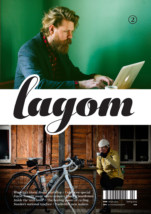