Liven up your New Year’s Eve with a taste of paradise. These three cocktails, contributed by New Dawn Traders founder Alex Geldenhuys, draw their influences straight out of tropical Brazil and the Caribbean.

My story with what was to become New Dawn Traders began in some childhood dream — a call of the ocean, of colourful people, and a curious longing for wilderness. But it wasn’t until after leaving university in 2007 that I had the courage to indulge my intuition and follow a fizzy serendipity to a farm in Brazil, Fazenda Pura Vida. Here I found a group of international ‘gringos’ building a community with the local ‘baianos’ on a cocoa plantation cut-off from the rest of the world by the beautiful Rio de Contas and Atlantic rainforest — a magical and challenging existence in the tropics, truly getting back to basics.

This punch was a treat at the end of a long and sweaty day, and as with everything else on this farm, there were no shortcuts in its preparation. From collecting the ingredients (the limes came from a tree full of bees, a canoe and a bumpy bus ride away) to juicing the fruits with our hands, grating the ginger and the rapadura (a ridiculously delicious, fudge-like, dark-brown block of raw cane sugar), then mixing it with the local firewater and a sprinkling of cinnamon in a battered aluminium cooking pot, before finally straining it through a sock into our glasses made from recycled food jars. No electricity, no fridge, no ice.

A drink enjoyed whilst sitting around a candle or two, the white noise of the waterfalls and insects a back- drop to our animated conversations before heading to bed early to wake with the sun.

1⁄3 of a New Dawn Chocolate bar, grated (melted in a bain-marie and thinned with water)
Dash of New Dawn Rum (10 – 15ml)
Sugar to taste

We are now importing our own barrels of rum aboard the Tres Hombres from the Caribbean to Falmouth, to be proofed down with Cornish spring water and bottled locally. We are also collaborating with artisan chocolatier Chocolarder, to transform our fair-trade, organic, sail-shipped cocoa beans into an exceptional chocolate. Some would say it’s sacrilegious to put anything with such a fine rum, but life’s too short.

A ridiculous indulgence well suited to a less-than-tropical English evening.

The basic rum and coke — the dregs of the mixed drinks more common to student halls than cocktail bars. This was my first experience of rum, followed by Sailor Jerry’s and ginger at sponsored student parties in Brighton. Who would have thought that I’d be serving our ‘Cube Libre’ at the Victoria & Albert Museum years later as part of an event around food, art, and activism. The rum is made from fair-trade, organic sugar cane grown in the Canaries and shipped emission-free to Europe. You can taste the green, grassy sweetness of the cane in this young rum. The Cube-Cola is wildcrafted from an open-source recipe, reverse engineered from the original Coke. An opportunity to lay bare the mechanisms of corporate globalisation, whilst creating opportunity for local profit. ‘Standing on the shoulders of giants’, as they say. 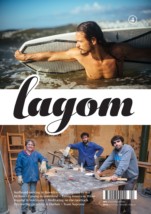 These recipes first appeared in the print edition of our fourth issue, which includes an in depth interview with New Dawn Traders founder Alex Geldenhuys about her bold move toward slow trade, and available to buy in our online shop.