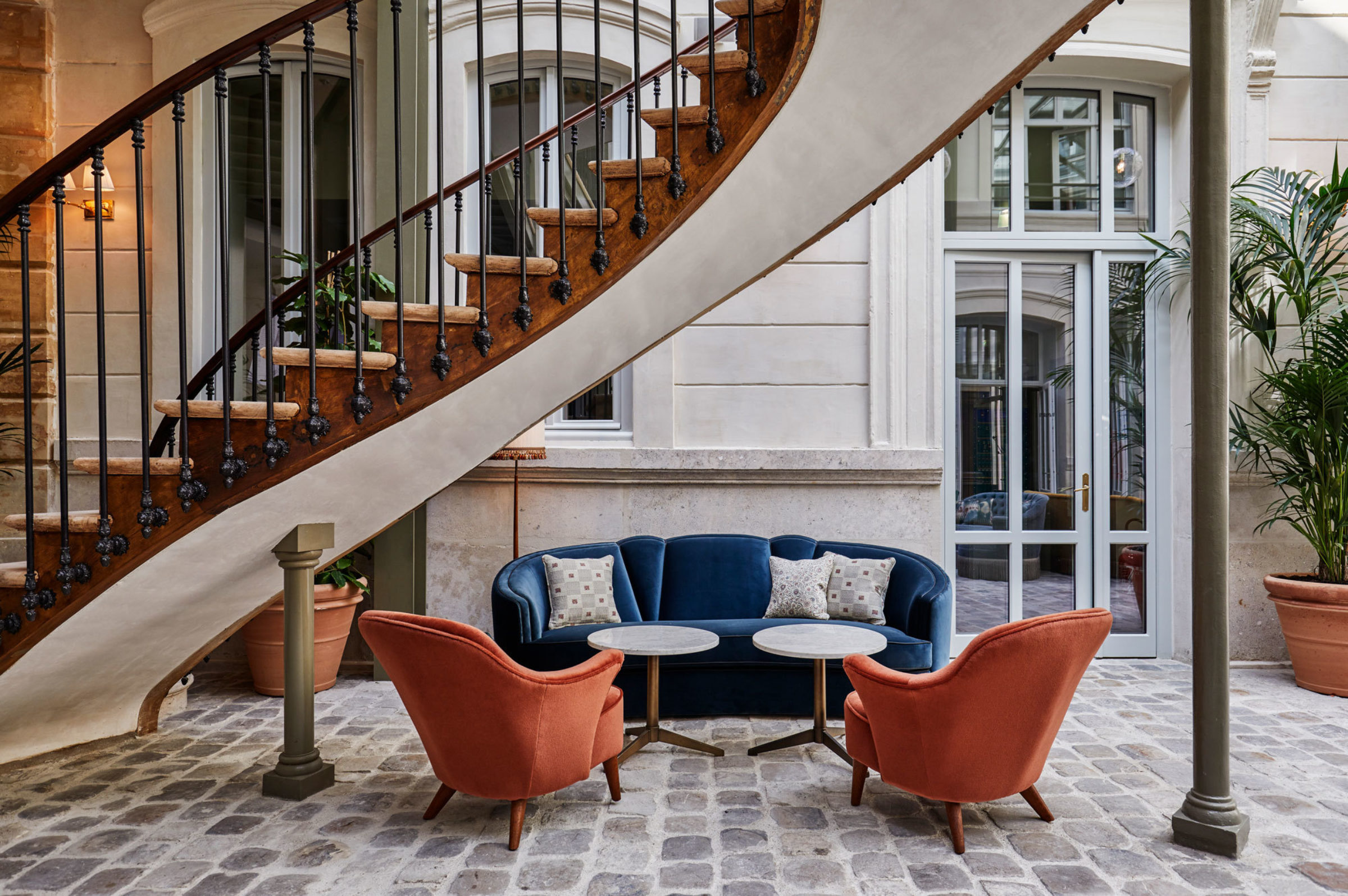 Having visited The Hoxton, Shoreditch for a feature in Lagom #2, where we spoke to CEO Sharan Pasricha about design, independence, and keeping it local wherever that locality may be, we’ve been exciting to hear about the new hotels the brand has been launching across the world.

The two most recent hotels to come out of The Hoxton’s expansion are The Hoxton, Williamsburg, and The Hoxton, Paris.

Unlike so many hotels who open new branches, The Hoxton aims not to replicate its look and style in each location, yet still manages to retain the overarching character of The Hoxton brand itself — not an easy feat.

Opening its doors last summer, the new Parisian branch embraces the rich history of its walls and foundations.

Built in the 18th century, the building was built for Etienne Rivié, a prominent advisor to Louis XV. In more recent years, it was converted into a clothing factory, before lying empty for 10 years.

The Hoxton team have sympathetically and respectfully restored this beautiful building, a process that took four years. Outside the sculptures made by prominent sculptor Nicolas Pineau have been extensively restored, and inside glimpses into the past can be found throughout: 18th century roof timber beams have been exposed in some of the fourth floor bedrooms; staircases have been restored and relocated, including two spiral staircases that are over 300 years old; and original tiles have been relocated and reset into a mosaic under Jacques’ Bar.

All this is gently brought up-to-date by subtle more modern additions and comforts, such as contemporary feature walls, and of course, WiFi — something lacking in 18th century Paris.

Classic 1950s materials have also been brought into bedrooms as a nod to respected French designers such as Jean Prouvé and Mathieu Matégo, paying homage to two significant periods in Parisian history.

Stay in one of the 172 rooms that spread out across five floors and over three buildings, choosing from one of four room categories: Shoebox, Cosy, Roomy, and Biggy. You can even enjoy a loo with a view from the fourth floor, where you can see the Eiffel Tower.

We’re looking forward to visiting The Hoxton, Paris, sampling one of the natural wines in the lobby spaces, and enjoying craft beers from some of the small, local Parisian breweries.

Photos courtesy of The Hoxton.