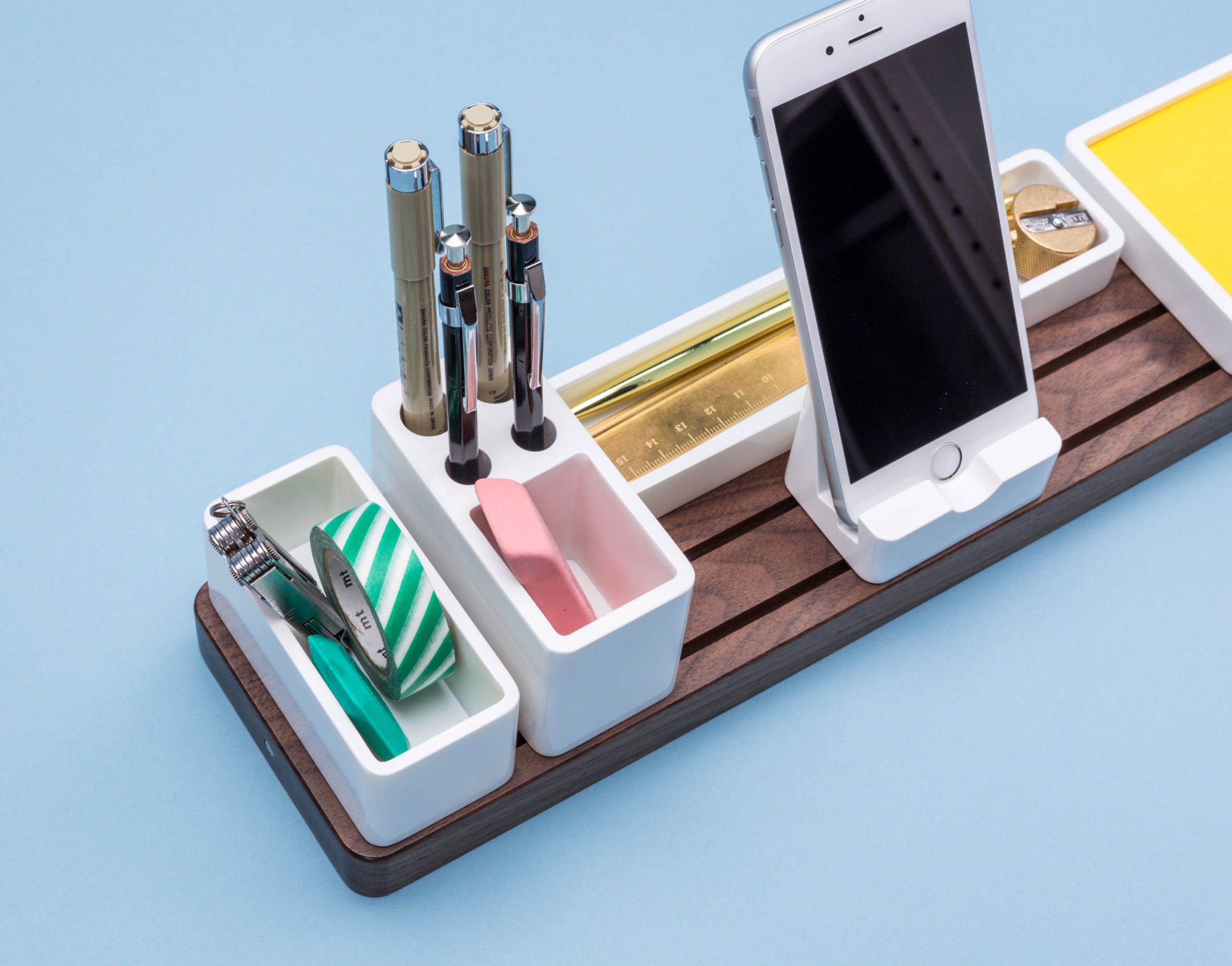 On a daily basis, every single one of us fall victim to the cluttered desk. Even the most organised of us can often struggle to keep track of important Post-Its. Fortunately for us, designer Jeff Sheldon — the man behind Ugmonk — decided to put an end to the unsavoury sight of tangled USBs and muddled memos. This is Gather.

Jeff’s brainchild is three years in the making, paying meticulous detail to both form and function. The result is a solid wood desk aid, keeping increased productivity as its primary goal.

“I looked everywhere for a desk organiser that looked and worked the way I wanted, but couldn't find anything. So I decided to make it myself.”

Additional modifiers join Gather’s central base, generating endless possibilities to suit users’ own personal specifications and requirements. Working on a grid-based system, components such as pen-holders and headphone stands can be adjusted in hundreds of combinations to compliment the task in hand.

With its objective to organise well and truly covered, Gather didn’t fail to deliver on looking the part. Walnut and maple perfectly sit alongside the polished white thermoplastic — timelessly complementing any workspace — or bedroom, or even kitchen.

At the time of writing, Jeff’s Kickstarter campaign has been live for 24 hours and has already passed its initial target more than four times over. To find out more about Ugmonk’s new compulsory commodity, head over to the project’s Kickstarter page.