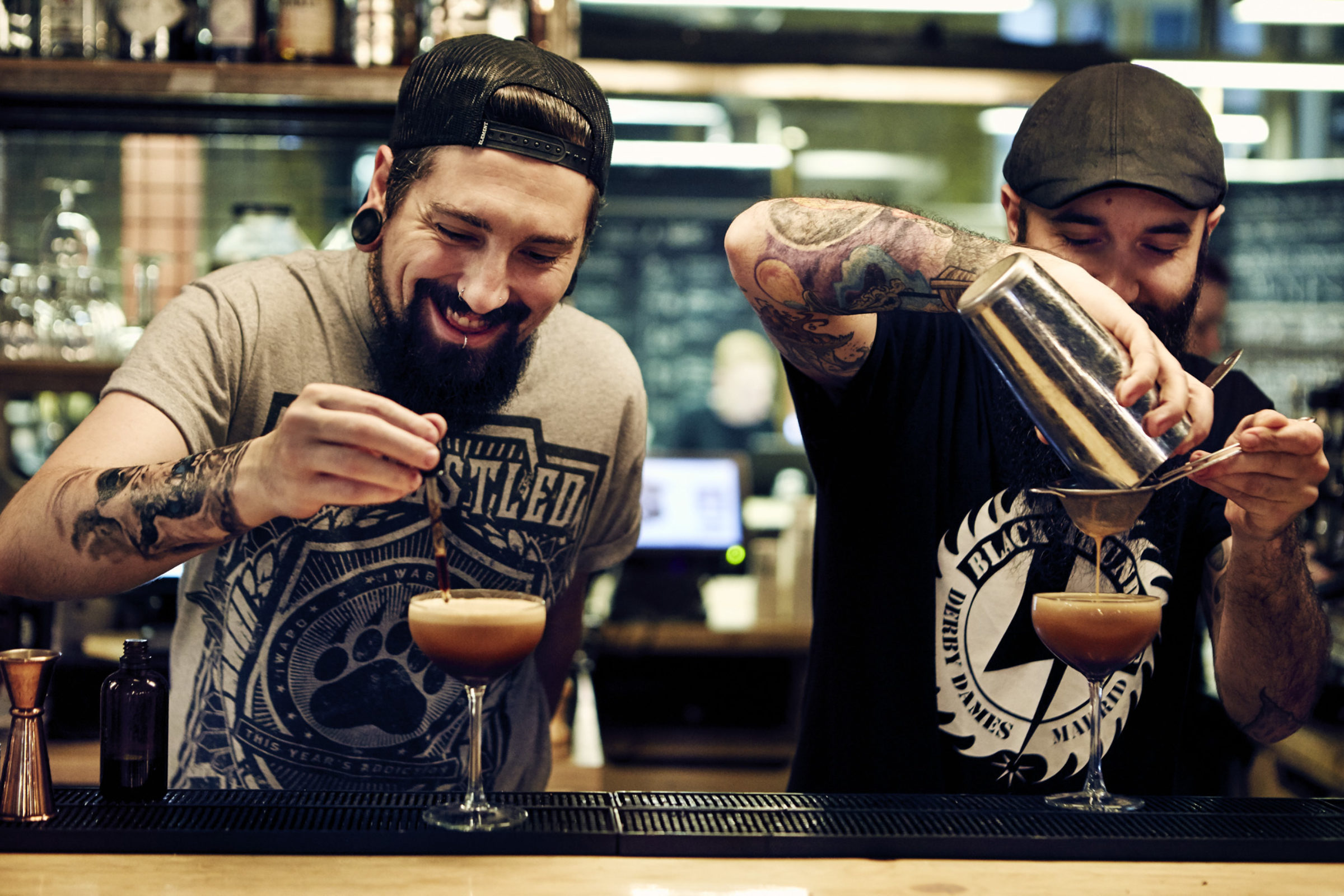 Caravan is a familiar name in London’s speciality coffee scene, but the company that got its start as a restaurant is about to open a brand new culinary location in Bloomberg Arcade: Caravan City, described as a “multi-terraced all-day dining restaurant, coffee / cocktail bar, and flexible working and events space.”

When Caravan City opens on 2nd October, it sounds like it’s going to be a fantastic venue. The lower floor is home to the coffee and cocktail bar, booth dining, and window seating; the raised dining room features an open kitchen and boarded walls; a private dining and events room sits on the top floor, overlooking the the restaurant below.

The cocktail programme will include many of Caravan’s house classics, such as espresso martini and coffee negroni, made with Caravan’s own single-origin coffee infusion. In addition, bottled self-serve cocktails will feature alongside ‘buy a barrel’, where guests can purchase their own specially-created, barrel-aged cocktail to enjoy every time they visit.

Following the success of Caravan’s first restaurant (and basement roastery) on Exmouth Market, the second site opened on the Granary Square development in King’s Cross in August 2012 (also now the home of the roastery), and a third restaurant opened in a converted metal box factory last year in Bankside. At the fourth site in Bloomberg Arcade, Caravan City will sit alongside Koya Bar, Pierre Ko man, Brigadiers, Homeslice, Bleeker Burger, Ahi Poke, and Sourced Market.

Caravan City opens its doors at 7am on 2nd October. You can count down to it on caravanrestaurants.co.uk.