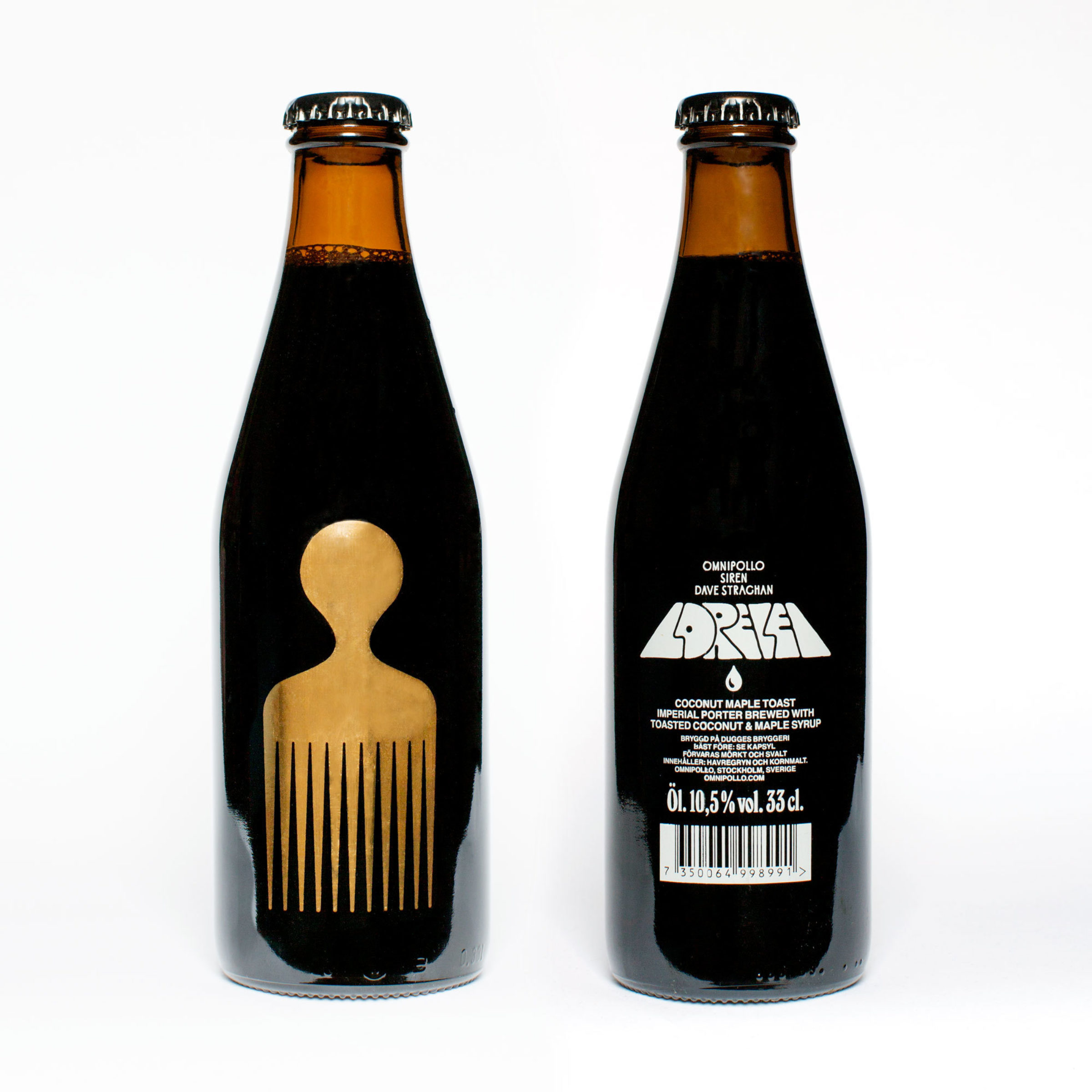 After interviewing Logan and Nick from Beavertown about their beautiful can artwork in our latest issue — a story you can also find online — we turn our attention to Sweden’s Omnipollo brewery and their resident artist: co-founder Karl Grandin.

We were fortunate enough to spend some time with the man himself, getting to know a little more about his inspirations, the creative process with his weird and wonderful graphics, and how one of the world’s most influential beer companies came to be.

Being one of your most notable successes, how did your role at Omnipollo start?

In 2010 I was introduced to the brewer Henok Fentie by a mutual friend. Our friend is a curator at a gallery and she knew about my art and Henok’s brews, and thought the two of us should create something together. The first time I met Henok he’d recently returned to Stockholm after a year in Belgium, and he told me about this strange new beer that he was working on. We ended up spending the whole day talking about Max Ernst, Magritte, Bosch, Cabaret Voltaire, and Dadaism — and never really stopped. The name Omnipollo emerged somewhere along the way. Henok conceives the recipes at home and then we travel to different breweries across the globe to create the beer, while I create the Omnipollo imagery.

Is there a specific thought process behind your labels? Does the style of the beer influence its packaging?

The Omnipollo images are explorations of dreams, the unconscious, and visions. The imagery is often allegorical, but I encourage people to explore their own interpretations rather than explain too much about my intentions.

Instead of trying to make artwork that would somehow describe or portray the style or taste of a beer, I look for what is going on around Omnipollo and try to capture something less obvious. There is always a synergy between the beer, the artwork, and the name; sometimes straightforward and obvious, sometimes more cryptic.

Can you tell us about your involvement with Cheap Monday?

I started the fashion brand Cheap Monday together with a group of friends in 2004. My aim for the expressions of the prints, patterns, labels, and imagery for the clothes was to create something very personal and unusual. I was working on the design for Cheap Monday for about four years, but today I’m not involved in the brand at all.

What was the thought process behind the Cheap Monday logo?

Together with Björn Atldax, I designed a label that was different from —but also commenting on —the imagery of popular denim brands at the time.

When I first started working with Cheap Monday I was already dealing with subjects such as religion, mythology, and fantasy in my imagery. The human skull seemed to be everywhere — in art, fashion, and pop culture — and represented more or less anything: a memento mori symbol about life and death a sign for rock’n’roll, danger, and rebellion. The idea of making something out of such an hackneyed, used-up symbol attracted me. Instead of a fierce, scary-looking skull we wanted to make something that had more of a ridiculous, comical expression.

We came up with an oversized, cheap-looking patch with the tagline ‘Över min döda kropp’ (‘Over my dead body’) and the stylised drawing of a human skull, fashioned after a Mexican Día de los Muertos celebration mask, with a cross turned upside down on its forehead. I think the skull symbol with the speech bubble suits the weird-sounding name Cheap Monday and the brand’s unusual blend of idiosyncratic, cutting-edge fashion, and low price point.

With the release of the Spring 2010 collection, about a year and a half after Cheap Monday was acquired by clothing giant H&M, the cross has been removed and replaced with a single vertical line.

Is there a certain artist or influence that directly inspires your work?

As a kid I developed a healthy appetite for comics, and the images of Robert Crumb, John Byrne, and Jack Kirby were very important to me growing up. The artwork that has influenced me the most is a drawing of the Devil from the medieval book Codex Gigas. I first saw this huge manuscript on display at the National Library in Stockholm and the image had a huge impact on me as a child.

How would you describe your work and your approach to a piece?

I'm interested in work that defies definition and tries to ignore the divides between product, design, fine art, sculpture, and still and moving image. A drawing I originally did for a magazine might appear in an art show, as a wallpaper, or in an animated pattern. I try not to make too much of a distinction between commissioned and autonomous work, but approach every project as an opportunity to try out something new. Ideally, different projects feed off each other, one bringing inspiration and energy into the next one.

Is there an environment that you find helps you to be particularly productive?

The beach. This winter I spent a week working on St Pete’s Beach in Florida. It was a really slow and ineffective place to work, and I enjoyed it very much.

What's been your most enjoyable project to work on?

I really enjoy my work with Omnipollo as it’s an organic project that seems to keep on shifting, taking on new forms and developing into new things.

Excuse the clichéd question, but what are you working on at the moment?

I’m working on a totem pole at the moment — an art installation for a new hotel in Stockholm.

Do you have a dream project you’d love to work on?

A bar that serve dreams.