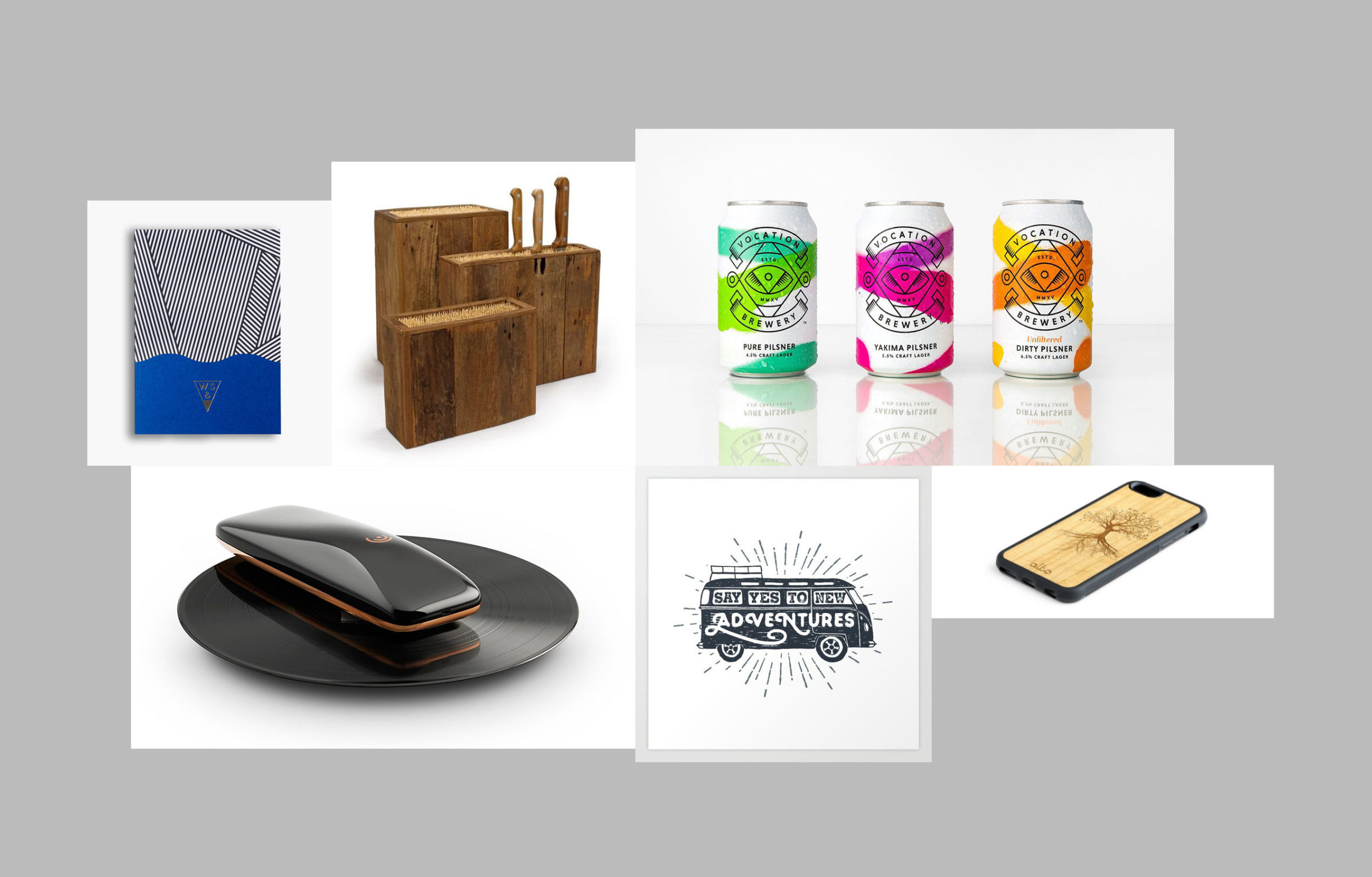 The beautiful packaging of Vocation’s beers first caught our eye when we came across them in a certain major UK supermarket, but the brewery has recently unveiled a three-beer range of pilsners, with even more impressive can artwork than the core range.

It seems craft pilsners and really taking off at the moment, possibly as a result of the IPA / pale ale market being so saturated, and Vocation’s beers a shining example of the movement. The Yakima Pilsner — so-called because of the addition of hops from the Yakima Valley — is our personal favourite.

The LOVE Turntable — which has garnered lots of support on Kickstarter — proudly describes itself as the world’s first intelligent turntable. It brings vinyl into the 21st century by being both bluetooth and WiFi compatible, and by being the first smartphone controlled record player, which can be controlled with or without its own app.

This reclaimed wood knife holder also contains reclaimed bamboo sticks, providing a perfect bed for storing your knives. Each holder is handcrafted, made from sustainable sources, and you won't have to feel guilty about the impact of having it delivered to you might have on the environment, either, as all deliveries from Bambeco are carbon-free.

Alto Collective is a small business run by two brothers who have a passion for woodworking. They've come up with a product that allows you to create a custom wooden smartphone case, for the phone of your choice, with the engraving of your choice, and you can even choose from eight different types of woods and finishes.

You can purchase this positive little black and white illustration by Cosmic Store from Society 6 — a web store that supports independent artists. The giclée print is matte, ultra smooth, and acid and lignin free.

This beautiful, 64-page notebook has been thread-sewn and made from Fedrigoni papers in Italy. The notebook is part of Mile-based Write Sketch &’s first collection of stationery products, all made in Italy.