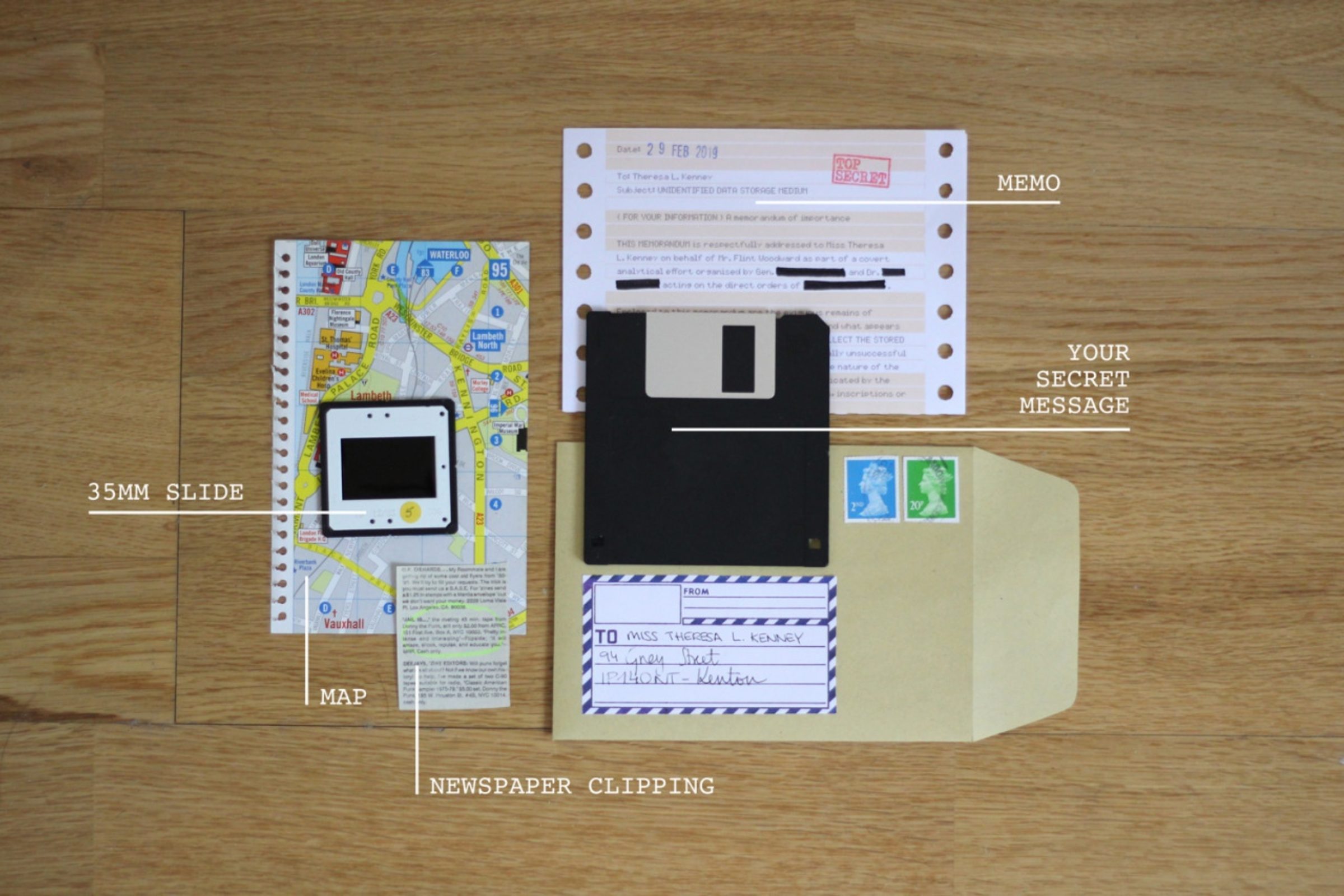 In an age of quick texts and forgotten Facebook messages, the art of the humble letter has somewhat dwindled over the years. EYES ONLY is a new project from Fandangle London that takes inspiration from personal packages, with a techy-twist.

“One summer day I was out with my boyfriend and he parked his vespa in a little alley. When we dismounted the bike and as I was removing my helmet I saw a floppy disk lying on the ground that was surprisingly intact,” explains Fandangle’s Lucia.

“It ended in my studio wall next to some other bits and pieces and I became intrigued about what would be inside, but I didn’t have a computer with a floppy disk drive, so the mystery remained. It wasn’t until four months later that my dad gave my boyfriend an old IBM laptop as a Christmas present that incidentally had one. I was so excited! I had fantasised with the content of the disk for months and I was about to unveil the secret!

“So when we returned home I went straight to the studio to collect the disk and reveal the hidden message. It turns out it wasn’t an exciting mystery after all, just a bunch of old programs that someone had thought useless and threw away, ending on that lonely alley.”

EYES ONLY sends out cryptic packages, complete with some odd bits and pieces, a cryptic letter, and a floppy disk. The mission of the recipient, should they choose to accept it, is to obtain the content of the disk. It could be anything: a letter, some pictures, or even a gift card or experience voucher if you want to use it as a birthday card.

“I love traditional post, finding something other than a bank statement, a catalogue, or an online order; something that was sent specially for me by an actual person,” says Lucia. “I might be an old-timer but it’s the kind of thing that makes my day when I come home.”

For more information, head to the EYES ONLY Tumblr.