A year at Brewbot Belfast 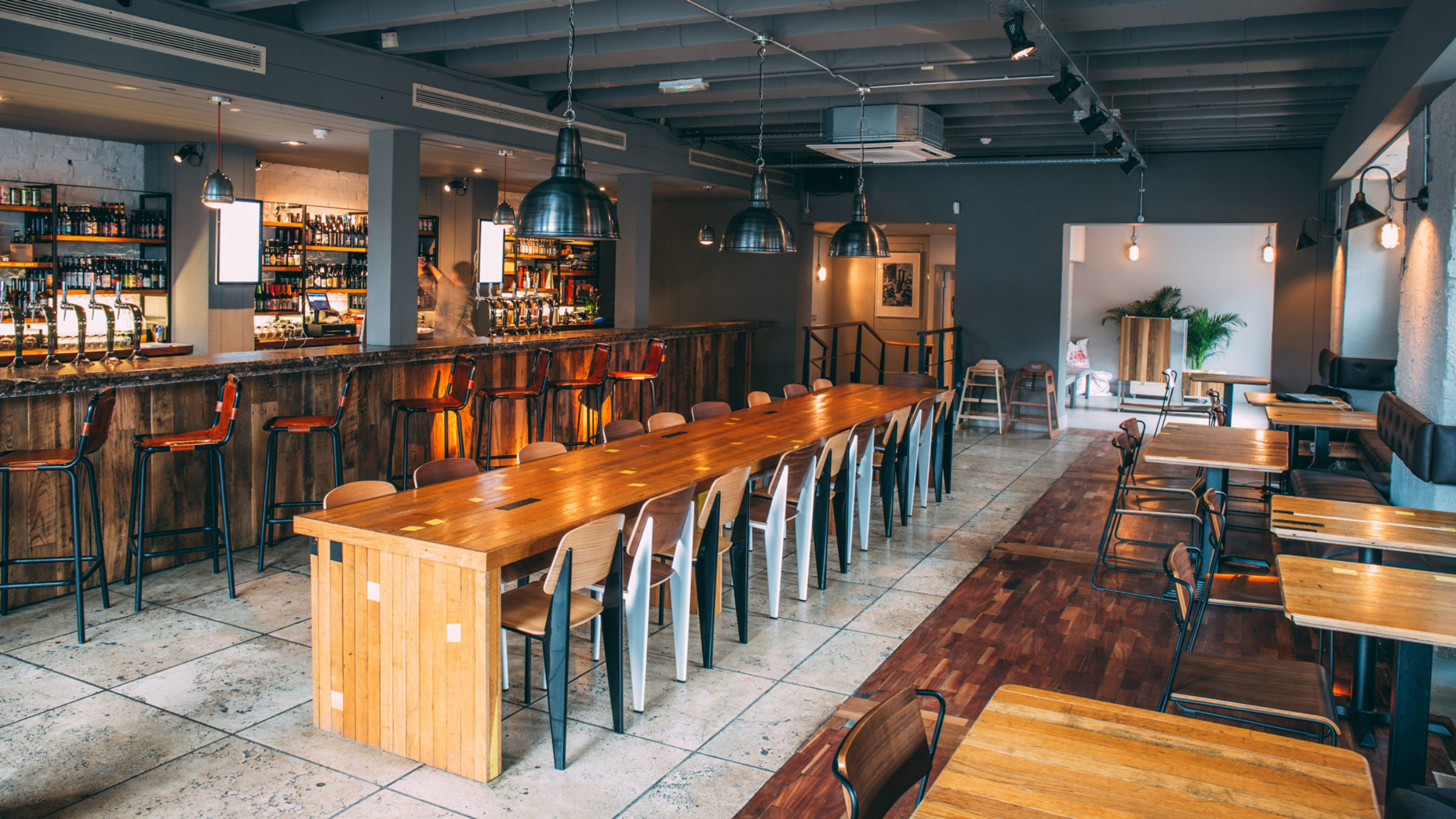 Brewbot is a smart brewery that enables you to brew your own beer, and you can conveniently do this using the Brewbot app’s automated brewing process and recipes. But if you want to have the experience of enjoying a Brewbot beer in a bar setting, as well as many other glorious craft beers, you’re in luck, because Brewbot Belfast — the company’s first bar, which also doubles up as their headquarters — offers you the opportunity to do just that and more.

After finding the right space to set up a bar and HQ at 451 Ormeau Road in April last year, Brewbot worked with architect John Busteed and contractor Strong Construction to gut the interior before pouring over details in order to transform the location into the industrial chic Brewbot Belfast bar, opening its doors to the public on 18th June 2015 — which means it’s now their first anniversary! They’ve shared some photos by team member Filly Campbell with us to mark the occasion.

Head to the bar today and you’ll you be treated to a wide selection of fantastic beers hand-picked by the team, with bottles and growlers available to take away. Conveniently, the bar offers a click and collect service, allowing you to purchase from home, then swing by and collect your order later.

For those spending time in the bar, you’ll be able to make the most of the high speed WiFi so you can enjoy a high quality beer as you work. And if you’re not at your most productive with a beer in hand, the bar have got that covered, too, with coffee beans from roaster 3fe.

But of course the Brewbot bar doesn’t just offer a quiet sanctuary for guests to sit and get their heads down while they pour over their laptops, fuelled by a well-crafted beverage of their choice; it really comes into its own as a meeting place, and thankfully Brewbot have been able to host a number of interesting events that bring people together.

During the course of their first year, Brewbot have hosted a collaborative brewer’s networking event for the local craft drinks industry in Northern Ireland, the 2015 Knowledge Economy Index, Mobile Monday (a non-profit organisation for people in the mobile industry), and the 2016 launch of Galway Bay Brewery 200 Fathoms beer.

Their first year has seen tap takeovers by White Hag Irish Brewing Co., Stone Brewing, and Weird Beard Brew Co. Weird Beard, along with Siren Craft Brew, also held food pairing events on different evenings at the bar, while Shannon from Brew Export visited to share a selection of beers from the northeast US.

Brewbot also held a number of podcasts from the bar, including one with Weird Beard’s Gregg Irwin, and a roundtable with Felicia from Prohibition and Rona from The Woodworkers.

Carrying on the theme of extra curricular beer activities, the bar have offered some very creative beverages involving beer. Fans of hot chocolate might be compelled to visit the bar based purely on the Boozie Snoozie, which contains hot chocolate with Glendalough 7 year-old whiskey, and dash of Dead Rabbit NYC Orinoco bitters infused with spiced stout reduction. And of course there are a selection of beer cocktails for drinking, whatever the weather — even their names sound enticing: Rumblin’ Red, Gindian Pale Ale, Coffee Pot Still, and Fraise Fizz. And if that doesn’t float your boat, maybe the bar’s newly-concocted beer ice-cream floats will: raspberry and lemon, peach and mango, and creamy coconut.