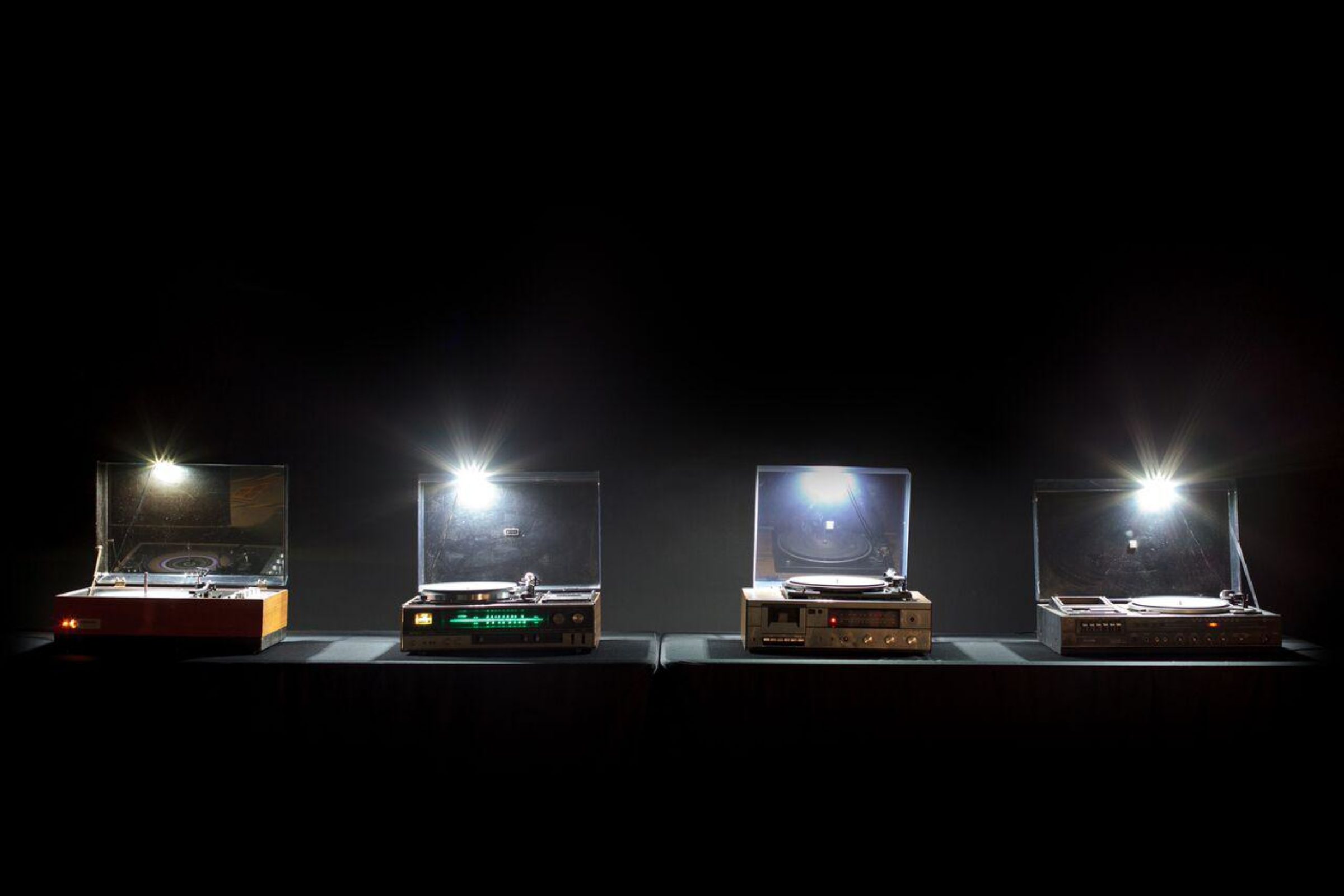 “The main idea behind this project was to introduce strict limitations into my animation process in the hope of inventing new combinations of techniques and media,” explains Elliot Schultz, who created a range of embroidered zoetrope animations for a recent exhibition.

“I came up with this idea after I learned about the work of Alexandre Alexeieff and Claire Parker. They invented the Pinscreen: a device that has hundreds of thousands of pins and uses the variations in light and shadow to make marks. They used this as their medium to ‘etch’ each frame of their animated films. I was inspired by their efforts to enforce restrictions upon their own process, which I feel led to innovative techniques and films that are truly unique.”

It was Schultz’s sister that inspired the embroidering process back in 2009, when she started an Irish dancing dressmaking business. “I spent heaps of time tinkering with the computerised embroidery machine software and eventually began digitising the embroidered designs for some of her dresses.

“I ended up doing this for pocket money while in high school, so while it was never a focus of mine, it became a skill I improved over time. All of the Embroidered Zoetrope animations were digitised and embroidered using my sister’s machine.”

There were plenty of technical hurdles to overcome, but one of the more interesting and surprising challenges for Schultz was ensuring viewers would be comfortable interacting with the installation.

“While I was in the process of making the work, I had been continuously testing the strobe lights myself and verifying that they worked, but it wasn’t until I demonstrated it to others much later on that I realised the strobe light was quite intense for people when viewed for extended periods of time. Even some who really enjoyed the work and wanted to stay longer found it impossible.”

“Eventually I found a solution whereby the lights would cycle between strobing for 10 seconds, then lit solidly for 5 seconds. This solved the issue by giving people a chance for their eyes to adjust, but surprisingly it also made the work more captivating for many visitors. When the light switches to being lit solidly and the animation stops, the ‘trick’ is revealed and it helps people switch into a more curious mode where they’re more likely to interact with the work.”

See more of Elliot Schultz’s work on his website.